Sumatra. Still my favourite trip so far. Probably because it was part of my first contact with Asia. One month of backpacking actually started on Java Island and continued to Bali, Lombok and Gili Trawangan. I was too broke to afford a decent camera, so photos are curtesy of my friend and co backpacker Tanja.

Why do I remember Sumatra so well so many other trips later? Let me tell you a little bit about it. 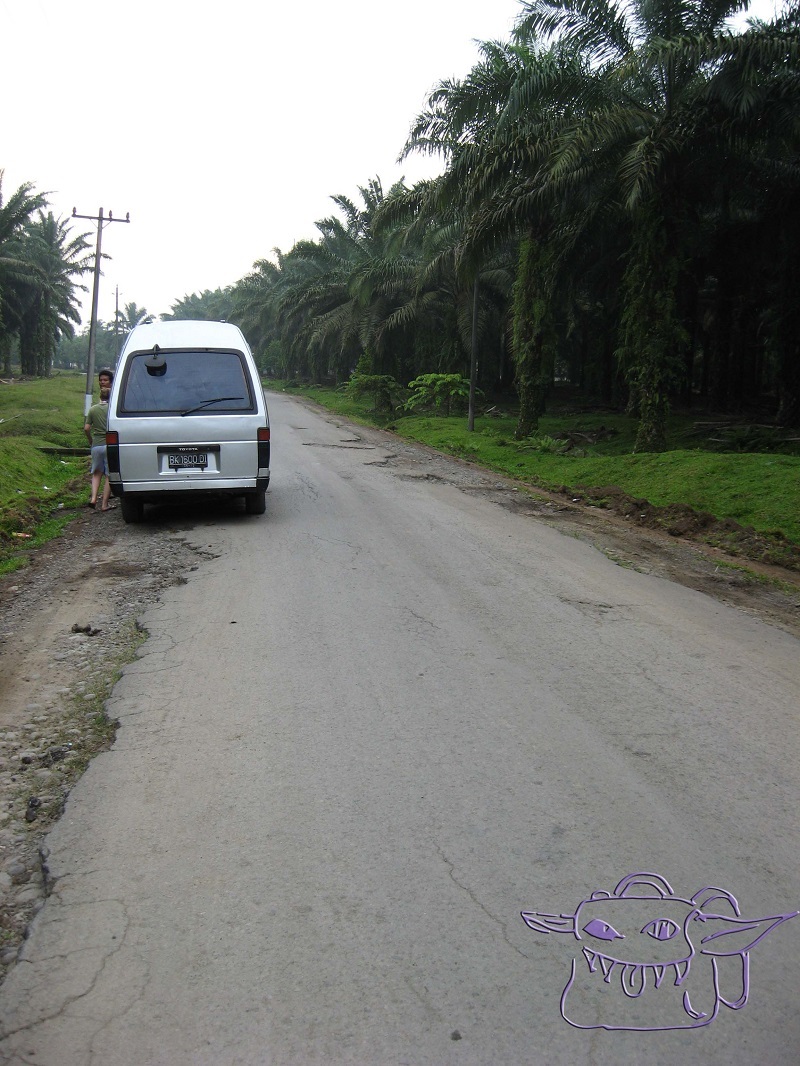 We rented a van with a local driver to take us across the island.

Food was delicious (after some getting used to)

I lost 4 kg while backpacking trough Indonesia. Some because of the hot and wet climate and some because we ate at local places, usually same or similar food locals eat. Why not the same? Indonesians love their food extra spicy. Plate of noodles local child wood enjoy only made my cry. They use lots of chilli, lemon grass, ginger, garlic and coriander. Luckily, some places offered less seasoned food and served us extra chili separately.

My favorite dish soon became Nasi Goreng. Fried rice with an egg or very small amount of chicken or fish, but on Sumatra never pork. It was usually accompanied with side of cooked greens. Typical Slovenian diet includes potatoes, bread and huge portions of meat and I was suddenly eating so much healthier.

Mie Goreng are fried noodles. Sadly, some smaller places would only offer noodles. After a few days, I couldn’t even look in a direction of noodles without feeling sick. But they are an affordable dish. And you can buy instant versions of noodles practically everywhere. They are even sold on buses or trains. 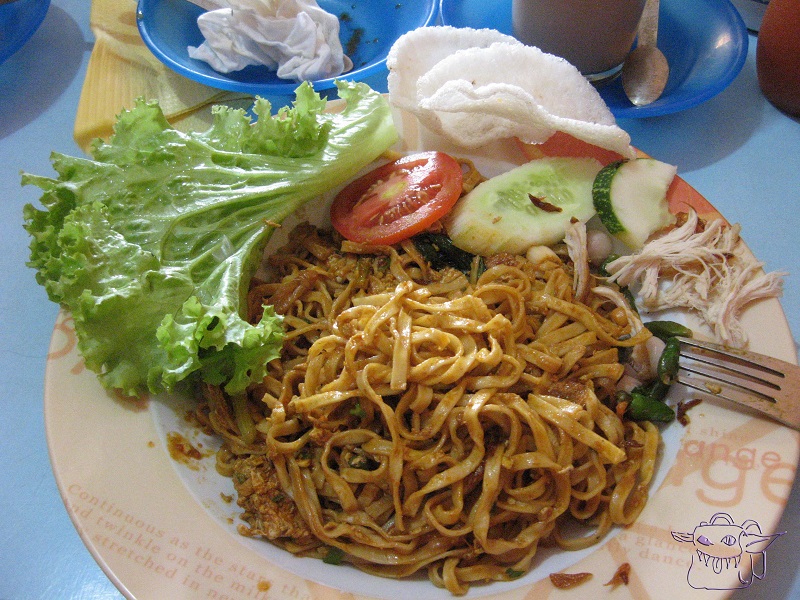 Rice and nodless are the main food in the region. I prefer version with fried rice, but it was not always available.

As Indonesian, you can choose to follow one of officially acknowledges religions. Religion is even written on your ID card. I soon learned that is easier and smarter to say I am a Cristian like the rest of my travel group. Atheism is not really popular there, or as one user on Quora put it: You can be atheist, just shut up about it. Sumatra is mostly Muslim, but we could see a lot more ladies without the head scarfs then on other also mostly Muslim islands. 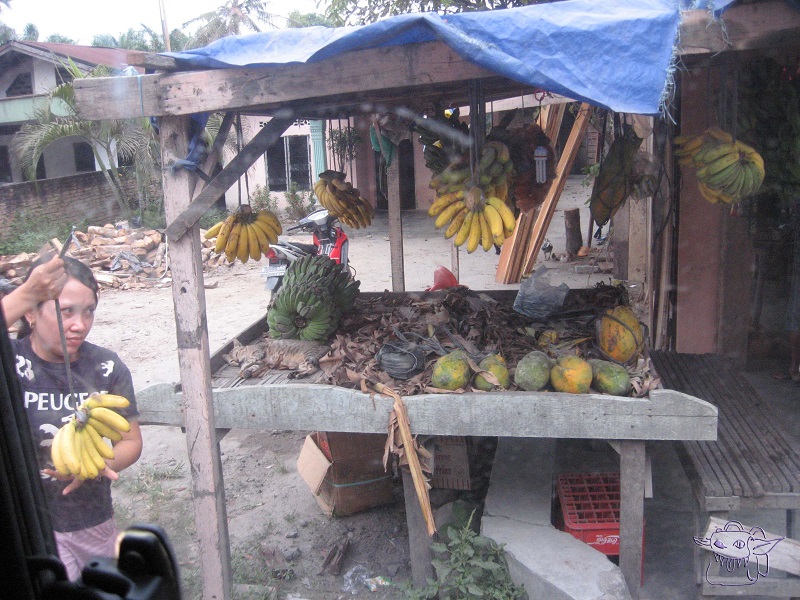 Nature and roads on Sumatra

Highlights of this week were Bukit Lawang Orangutan trek and later Raflesia Arnoldi, huge smelly flower. We stoped on Lake Togo, but did’t spent much time there.

Bukit Lawang resort was our first not so budget accommodation on our cross Indonesia trip. Jeep drove us there on roads I never expected could be driven on. We were welcomed with a then popular song Welcome to my paradise by Steven & Coconut Treez. Waking up to the view and sounds of the Sumatran nature were magical. Trekking was not the easiest, partly because we were still adapting to the climate. Our guide was great and also nice to the orangutans, who live on the mountains. Well deserved lunch was fried rice with eggs, packed in waxed paper and after a long hike it tasted delicious. 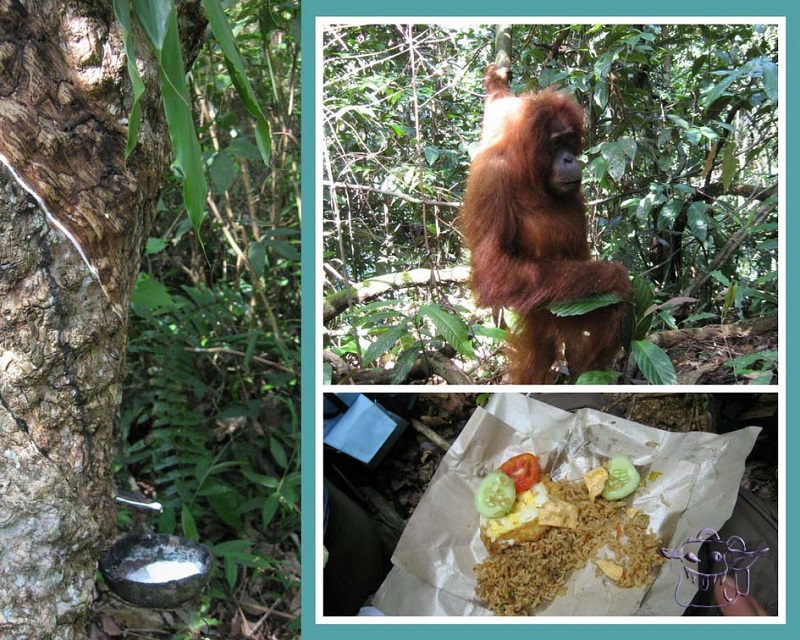 Raflesia Arnoldii has another less appealing name: Corpse flower. The biggest flower on Earth smells like decaying meat and is a big tourist attraction. They grow hidden in jungle and you need a guide, who knows the secret locations. They only bloom for a few days. Here we made a big mistake. All prices in Indonesia should be negotiated. We knew how much this short trek should cost, so we didn’t check again before starting. After we reached smelly flowers in middle of thick jungle and had no idea how to get back to the road, guide informed us about his desired payment. So we emptied our pockets, since he promised to leave us there otherwise. We learned our lesson. Always haggle before you are lost in jungle without food and water. 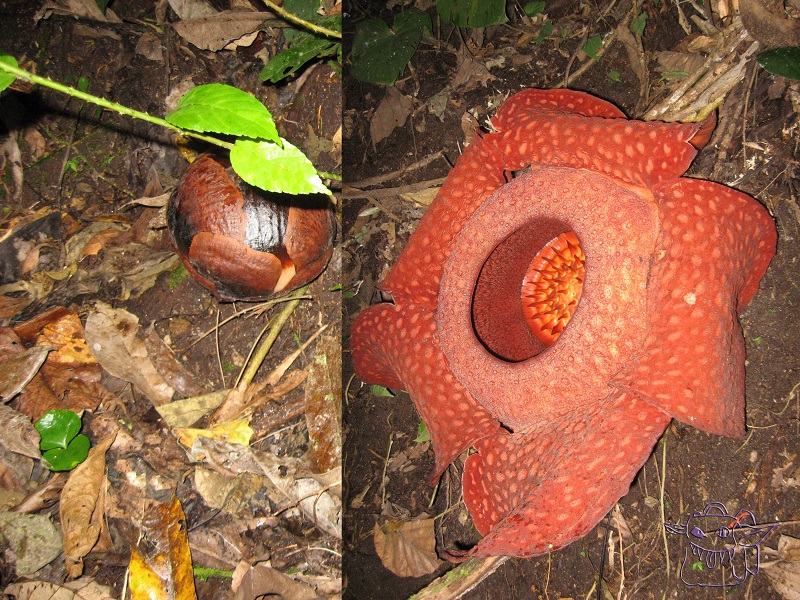 Raflesia arnoldii or corpse flower. Smells as bed as the name sounds.

People and culture of Sumatra

We rented a van to drive down the island.
While some parts of Sumatra are more touristic, we visited small villages where our pale faces were big attraction to small children. I was impressed by local ladies domestic skills. They were washing clothes and dishes in the river and living in small huts or houses next to dirt road, but they sent their children to school in pure white blouses and ironed skirts and trousers. 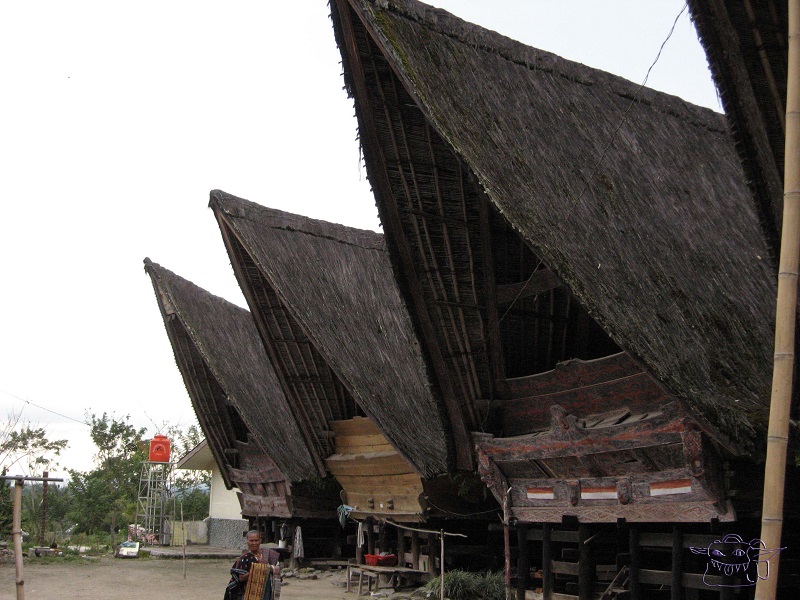 One of three types of traditional houses on Sumatra. Lady in front was selling sarongs (brightly colored large pieces of fabric dyed in batik style).

Where are all the ladies?

In one month on Sumatra we didn’t have much chance to speak to local women. All guides, drivers etc. on all of our trip were male. Even when we were in contact, they didn’t know or want to speak much English, unlike local men, who were always happy to cheat with a group of female tourists, even when we would love to be left alone. There were female cooks, sellers on the market and B&B owners, working hard, raising kids and definitely not spending their time socializing in bars or such. One part of Sumatra, province of Aceh, practices Sharia law, but we didn’t go there. I read that times are changing and there are more female solo travelers around Indonesia now.

Since goblins love to travel, but usually do it on a budget, we use Airbnb. By using this link to subscribe, you get discount on your first trip, and we get one on our next. If you are not into Airbnb, here is a 10% percent discount on your next booking. Travel as much as you can. 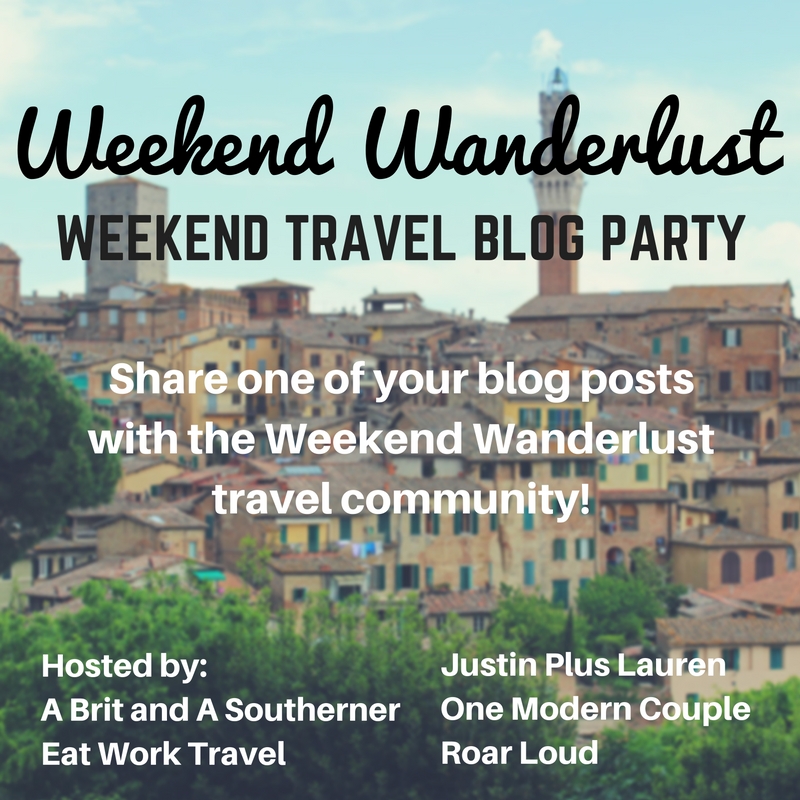