Since you are reading this, you probably can speak English. But, world is full of people who can’t. Life on Earth would be easier if we could use only one common language, but sadly that is not the case. So why do I think languages are important for my fellow travellers?

According to the Practical nomad, those are the most useful languages for travellers. He is American, so he already had less language learning to do than some of us.

I come from Slovenia, which is a very small country in Europe. Slovenian language is spoken by only 2, 5 million people which is very impractical, to say the least. If I could only communicate in Slovenian language, my options in life and travel would be very limited. I could book a packet tour with one of many Slovenian touristic companies and never wander away from the group or try to interact with locals. It would of course cost a lot more than going somewhere on my own.

Congratulations. You have it easy, don’t you? But, you might chose to travel through the area where one of the other languages with many speakers is spoken. I have been told, that being fluent in English isn’t of much use in rural parts of Russia. And it didn’t help me much, while traveling through part of Morocco, which was of the main tourist path. Also trying to communicate with a shop owner in small and scenic German village, was a nightmare. Luckily we could both point at things and smile. Since then, my spoken German improved significantly, but if the shopkeeper used a dialect, we would have to go back to pointing at things. 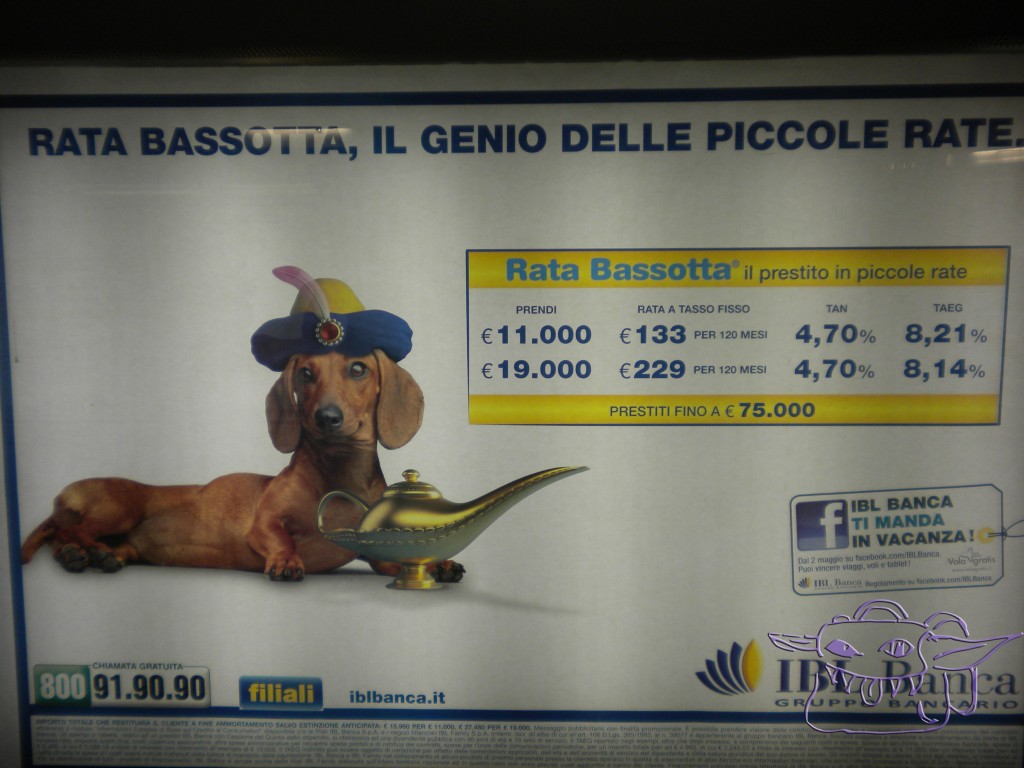 I have no idea what they are selling, but this little doggie is adorable.

There are many situations, where your potential new friend might not want to speak with you in your language, even if he is able to. Reasons usually include one of the past wars, nationalism, ongoing political conflict or he believes that since you are the one visiting his land, you should be the one doing the hard work. I am always nervous that I will offend someone, when ordering coffee in the Balkans. And I usually mix together such chaos of Serbian, Bosnian and Croatian words, that they know I was not trying to be politically incorrect on purpose. And I am very adorable, which also helps.

Even if you are nowhere near to being able to speak the local language or one of other most spoken languages in the area, knowing what main road signs look like is very useful. When you come to suspicious looking doors, with something written on them, the sign is probably there for a reason. If you are a lucky owner of a smart phone, Google Translate App works on most phones. You can scan the sign and quickly learn if it says welcome or beware of the hungry troll. There are also signs you should not go near to scan, but usually include pictograms of skulls, sharks, land mines, bright red colour or similar.

We didn’t go to actual land mine field to take this picture. It was taken in Sarajevo Tunnel museum in Bosnia.

Sadly, I have yet to experience the promised higher employability factor of being bilingual. But I most certainly made friends with people that can’t speak a word of my native tongue. And I am able to connect with them or ask for help when I am lost in a foreign city. And it gets easier with time, since there are lots of words that mean similar things in different languages and even when you don’t understand whole sentence, you will be able to understand when a cute guy is trying to invite you out on a date. But you could probably figure that out with his body language alone. Here are 25 more reasons why learning languages is smart from Auburn University’s page.

Since goblins love to travel, but usually do it on budget, we use Airbnb. By using this link to subscribe, you get 20 euro of your first trip, and we get a little discount on our next. If you are not into Airbnb, there is a Booking.com link on the right side of our page. Find cheap rooms in hostels or hotels, and … travel as much as you can.